A 1920s bungalow in Christchurch New Zealand is generally unspectacular, there are many buildings of this era and style in NZ.  Woodford Grace is a slightly different building because when built it includes elements of wealth such as the intricate wood panelling and higher ceilings than would normally be expected.  Even so, it still retains its period philosophy of simplicity, restraint, and understated design.

It is said the original owner of Woodford, who commissioned and constructed the house during the Great Depression, was so impressed with the craftsmanship of the original builders he retained them for an additional two years beyond when they were really required.  In part that was because of their good work, and also there were no other jobs for them to go to, so he retained them as a form of social equity.

Given the size of the plot, and given it used to be owned together with 93 Carlton Mill Road, it is probable there was a house on the site from the Victorian era before the current house was constructed.  The plot of land where 93 Carlton Mill Road was separated from joint ownership and sold in the early 1990’s.

The eight glue laminated portals are large in scale and link closely to the flat part of the roof.  The rhythm of the portal legs extends along the full face of the deck towards the pool in 2 dimensions and when coupled with the Pavilion height the full geometric shape is realised.  Lines intersect uniformly and in patterns so portal legs seemingly disappear internally to provide the open plan living areas.

The complexity of the geometric shape was difficult to construct where a construction detail at one location would have an associated effect at a different location and in turn that would then have a flow on effect at further.  It was the constant attention to details and anticipating issues some distance from the particular issue being worked on that was very time consuming.  Fortunately most details were anticipated correctly and the result is a credit to our structural engineers and constructors.

The invisible column that exists between the junction of the kitchen are and the pavilion was very difficult to achieve.  Most buildings that have large scale sliding doors achieve those doors only in one direction, or if they do have sliding doors in both directions, they do not have large scale windows above them.  Woodford Grace achieves an invisible column because of an insulated vertical hidden steel beam and a steel flitch plate.

The combination of these bracing elements combined with the vast amount of glazing provides a seamless indoor to outdoor and outdoor to indoor experience.  Combining the outdoor slider with the pavilion blends where the inside and outside begins and ends.  It is a terrific engineering result given the weight of the triple glassed panels but provides an amazing aesthetic.

A lot of care and attention was given to fixing the portals to the ground sympathetically and without the use of an obvious not and bolt.  The portal fixing is hidden and they seem to float just above the ground.

Water is supplied to the house via the city reticulated potable water supply.  Before entering the house, the water is filtered and cleansed of most residual choline meaning the tap water is partially fresh.  If the potable supply was ever severed or damaged say through an earthquake, the house has access to a shallow water bore that can supply water to the house for cleaning and washing.  That bore also provides water for irrigation.

The audio and video entertainment system are frankly, spectacular. They include all the typical features of a modern and integrated design.  The system sources digital music either from on-line or local locations and is then directed to the appropriate house zone.

The system also includes a local media server and linkage to on-line data sources.  The Leather Lounge is the obvious end point for a lot of this technology but most rooms in the house are entertainment enabled, including the ensuite bathrooms.

Ease of use and smart automation is a key part of the house including remote access and Smartphone interfaces for the various technologies including Savant and Lutron.  Home automation can be an area of extreme frustration or conversely great efficiency.

Most of the automation technologies are wrapped together other than where it was very difficult or not possible to guarantee two-way communication.  Voice control is possible, but it was considered that technology was still developing at this point, and has not yet been implemented.

Given the attractiveness of Woodford Grace to potentially uninvited guests, the property, house, and IT systems are protected via multiple layers of physical, automatic, and manual surveillance.  Should an event be triggered there are automatic layers of protection to delay, frustrate and ultimately apprehend an intruder.  For obvious reasons, these systems are not detailed here.

Stained Glass Windows are a traditional feature of a bungalow. Unfortunately, stained glassed windows are notorious for having gaps develop over time between the lead and glass and end up with holds allowing drafts.  Clearly for a Passive House that is contrary to the air tightness philosophy.  Woodford Grace has successfully retained the original stained-glass windows through a very complicated process involving restorers and new constructors. 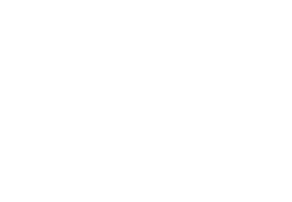